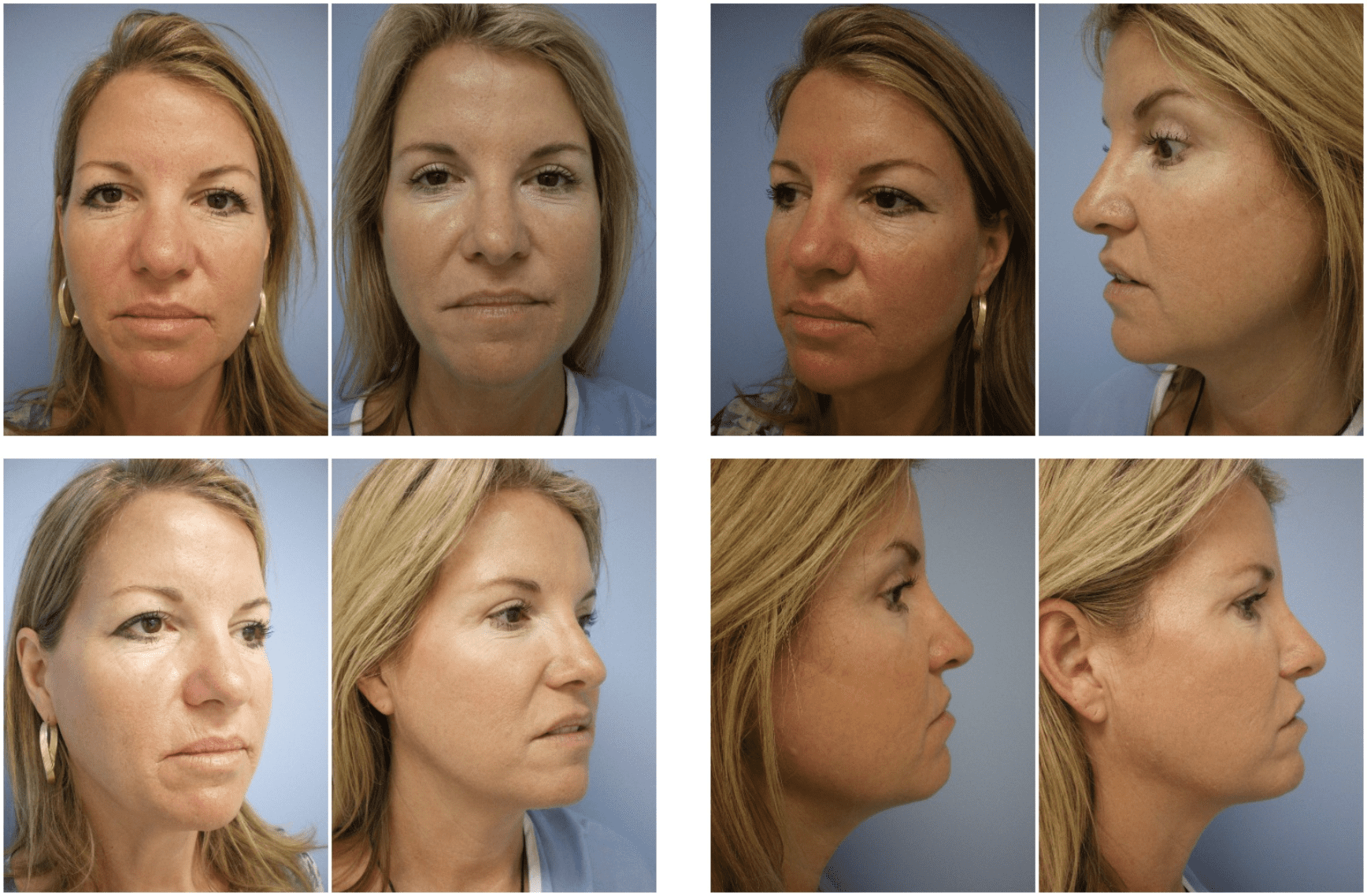 This is a 46 year old woman from Chicago who was concerned about the appearance of her nose. Upon examination she was found to have a prominent nose with a bulbous tip and a wide dorsum. Dr. Sweis elected to proceed with an open nose surgery. The patient was very concerned about an over-done appearance, and wished to have a very natural nose.
During surgery, Dr. Sweis proceeded with trimming of the nasal tip cartilage with special suturing of the cartilage to define the tip, as well as breaking of the nasal bones to reduce the width of the nose. The photos illustrate the patient one year after surgery.